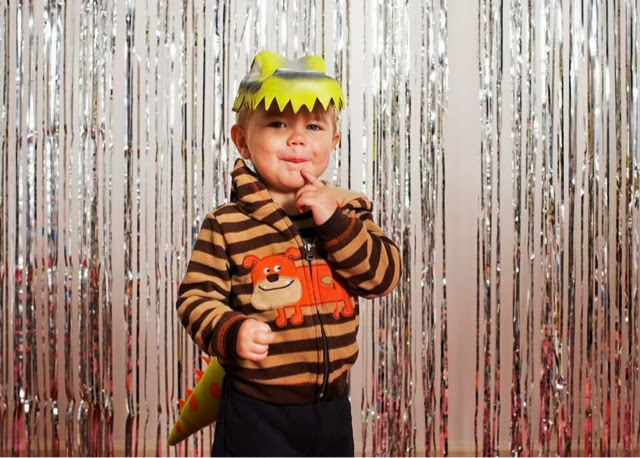 I heard on the radio about this super fun and free Halloween party in a nearby town. So I persuaded my family to go. I just thought it was cool that I was at the same place where the radio people were broadcasting from. I should have gotten Stephen Gillespie's autograph but I got shy. 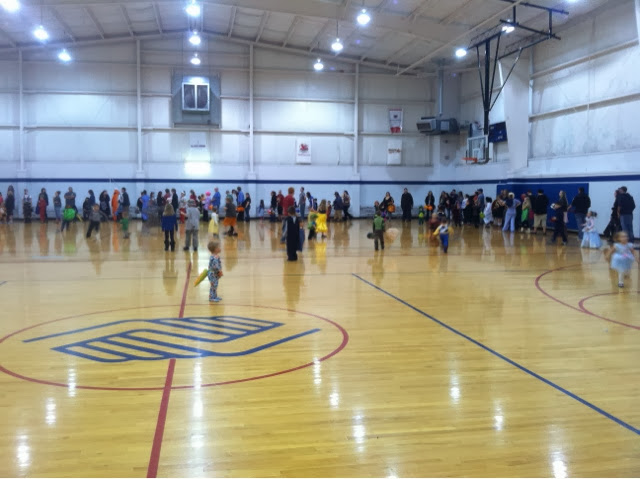 The line was really long. 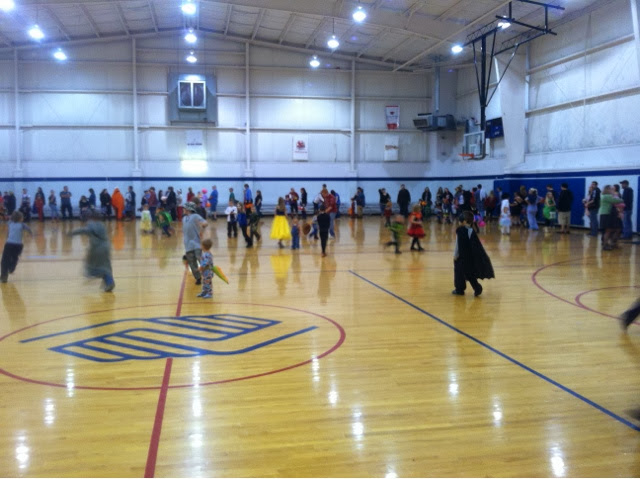 Charles enjoyed running around in the gym. At first he was not interested in wearing his costume, but then he saw another dinosaur and came back to us wanting to wear his tail too. 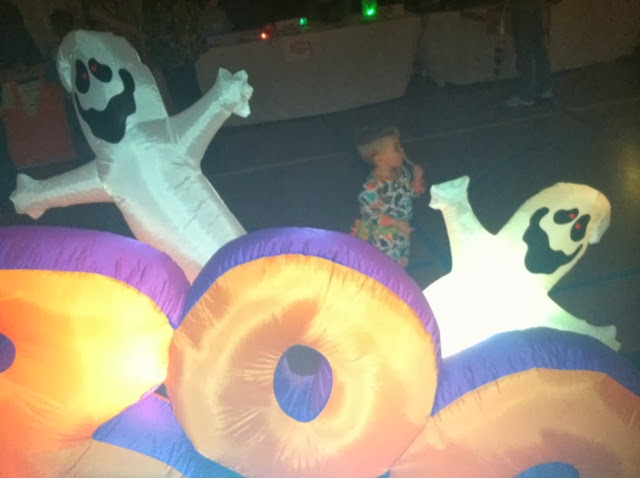 We trick or treated to some booths and got some yummy candy. 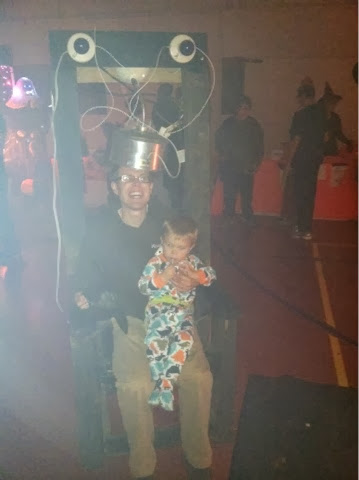 We have so much candy now that we just use it as utensils. 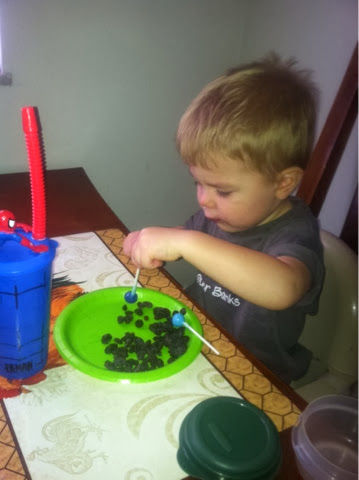 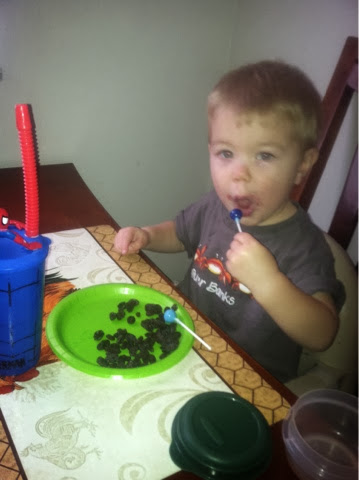 The next night we went trick or treating. It was fun to see Charles enjoy himself and say thanks to the people giving him candy. Every time he got handed a sucker he would stop eating his current one and start on the new one. 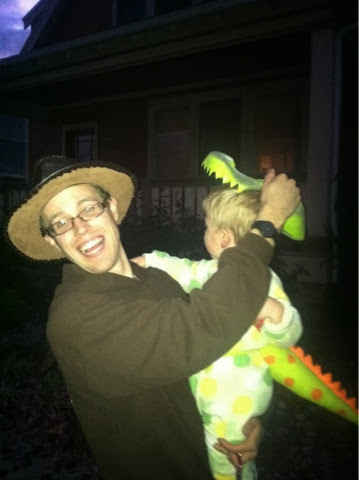 We trick or treated to our friends Jo and JJ's to say hi and so we could get pictures of our costumes. 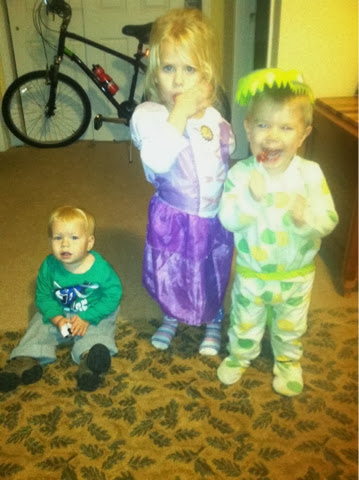 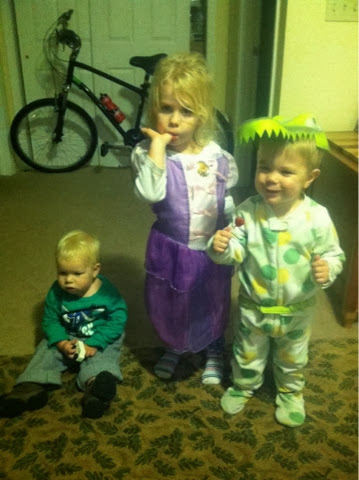 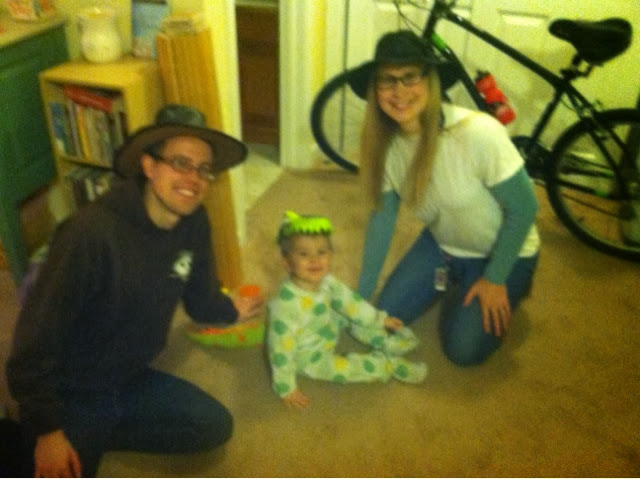 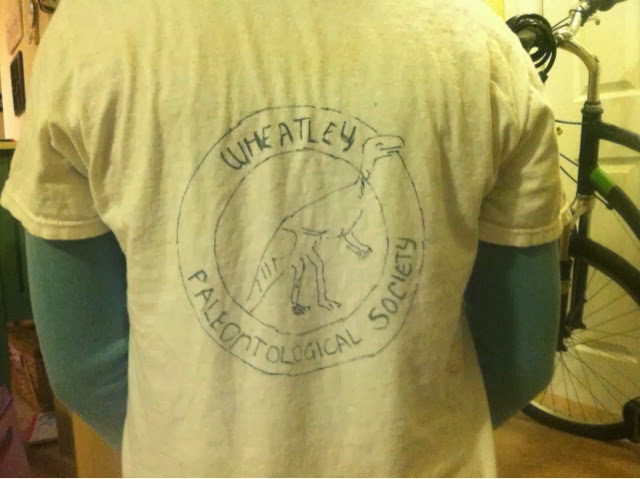 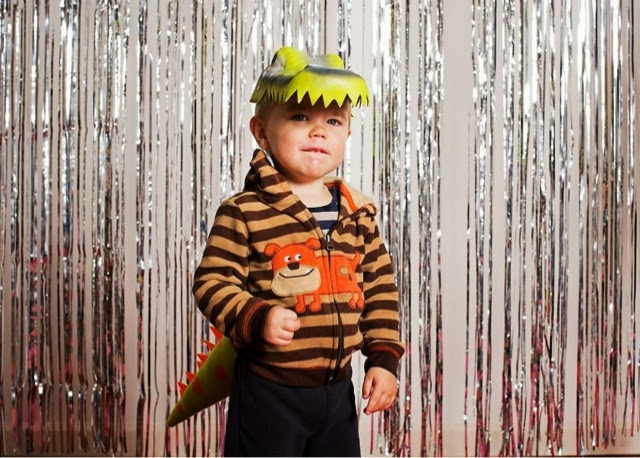